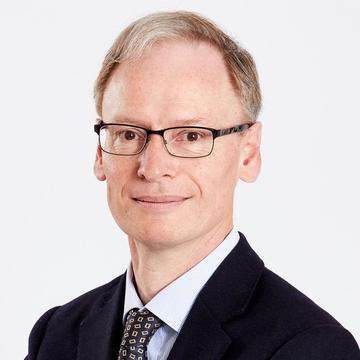 I am a clinician scientist, focussing on the genetic basis of inherited heart disease. I have made a series of contributions to the understanding of the genetic basis of inherited cardiac diseases, and have used these advances to pioneer new approaches to diagnosis and therapy with substantial impact on human health. I have built one of the UK’s leading clinical programmes in Inherited Cardiac Conditions and driven the adoption of genetic testing as the standard of care; the Oxford lab has probably the largest single centre experience in genetic testing in cardiomyopathy worldwide.

Throughout my career, I have placed particular emphasis on research leadership and training of others. I have been head of department for over 25 years and now head a large multidisciplinary department of medicine with research interests that span the translational spectrum. I have overseen growth in cardiovascular research that has made Oxford an internationally leading institution in the field; this has included Directorship, for 20 years, of competitively awarded capacity building programmes funded by the Wellcome Trust and the BHF.  I have extensive experience of leading multinational collaborative research programmes supported by international funders.

I have published over 400 papers, my h-index is 113, and I was a Web of Science highly cited researcher 2017, 2018. I am a Fellow of the Academy of Medical Sciences and a Fellow of the Royal Society (FRS).

CureHeart - information for patients and families

Adoption of genetic testing in cardiomyopathy

My group generated the data needed for regulatory approval and NHS commissioning of genetic testing in Inherited Cardiac Conditions in the UK, including evidence of technical feasibility, clinical utility for identifying individuals at risk, and health economic assessment.  These data supported award of a Class I indication in European guidelines in 2014.

Genetic testing is now considered the first line approach for managing families affected by inherited cardiomyopathies, and this has changed practice worldwide. I have had a leading role in promoting adoption of cascade screening for the identification of mutation carriers. More recently, my group has built on its experience in genetic testing in cardiomyopathy (now including over 14,000 families), and the availability of population scale data on rare variants, to demonstrate that many of the more recently proposed disease genes are not reliably associated with disease. This has again changed practice in cardiomyopathy testing and, as the first reanalysis of Mendelian gene pathogenicity using this quantitative appraoch, it has triggered widespread reanalysis across cardiac diseases and beyond.

Working in the Seidman laboratory, I was integrally involved in the discovery of the major disease genes for hypertrophic cardiomyopathy, the most common and clinically important Mendelian cardiac disorder, which provided a paradigm for the field. The same genes were later shown to also be major causes of dilated cardiomyopathy. Additional cardiomyopathy disease gene discoveries followed from my laboratory and, more recently, definition and disease gene identification for two novel inherited arrhythmia syndromes.

In functional studies, my group demonstrated that the mutant myofilament proteins in hypertrophic cardiomyopathy increase calcium-sensitivity and the energy cost of force production, and that dilated cardiomyopathy mutations have opposite effects. Together with new genetic data, these findings highlighted novel aspects of muscle physiology and the importance of energetic compromise in cardiomyopathy. I have built a leading collaboration using cardiac magnetic resonance imaging and spectroscopy to enable tissue characterisation in vivo in patients with cardiomyopathy (including measurements of energetic homeostasis, oxygenation, fibrosis and fibre disarray).

For over 20 years, my group has built the patient cohorts and infrastructure necessary for large scale genome-wide association analysis for detection of common susceptibility variants. Focusing first on coronary artery disease, I have had a leading role in in the consortia (PROCARDIS and C4D, which I led, and thereafter Cardiogram+C4D, where I have been a member of the executive) which have defined almost all of the coronary disease loci now used for polygenic risk score for disease prediction and for derivation of new, genetically validated, therapeutic targets. This included genetic evidence that lipoprotein Lp(a) is causally related to coronary disease, and hence a valid drug target; novel specific Lp(a) lowering agents are now the focus of multiple pharmaceutical companies. More recently, we have shown the surprisingly large common variant contribution to risk of developing hypertrophic cardiomyopathy, with important implications for cascade screening, individualized risk prediction and management of comorbidities.