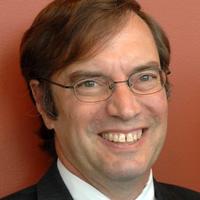 Working in tandem with Professor Christine Seidman,  I have identified the major genetic causes of cardiac muscle diseases, including hypertrophic cardiomyopathy (HCM) and dilated cardiomyopathy (DCM). Capitalizing on my considerable expertise in computational biology, our joint laboratory has defined the allelic spectrum of damaging variants (including missense, loss of function, and splice site and splice enhancer variants, and noncoding sequences) in established or posited HCM and DCM genes through analyses of patients and population-based cohorts. I have developed robust strategies to engineer mutations into rodents and stem cell models, establishing reagents for biophysical analyses and for defining the cellular and molecular responses to genetic variants. By integrative analyses of genetic variants, functional analyses, and transcriptional responses, my work has identified key signals that are appropriate for therapeutic targeting. I have published 525 peer-reviewed manuscripts, as listed on PubMed. Find out more about his work.

Studies of HCM began with linkage analyses of large families, positional cloning of candidate genes and sequences analyses to define pathogenic variants. The Seidman lab's contemporary strategies involve direct analyses of exomes and genome analyses which causal variants remain unexplained. The lab identified five of the eight major genes that cause HCM and defined this as a disease of the sarcomere. We demonstrate a shared genetic etiology for HCM in adults and children and distinct causes for hypertrophy that occurs with additional manifestations. We have engineered mouse models and induced pluripotent stem cells to carry more that 40 endogenous mutations in a- and b-Myosin heavy chain Myosin-binding Protein C, a-Tropomyosin, and Protein Kinase AMP-activated Non-Catalytic Subunit Gamma 2. Using these reagents, we have interrogated molecular responses that evoked hypertrophic remodeling.

We identified causal genes and damaging variants in the major causes of DCM (MYH7, MYBPC3, TPM3, TNNT2, LMNA, TTN), and developed mouse and stem cell models and to interrogate the pathophysiologic mechanisms by which DCM emerges. These studies defined critical molecules that promote cardiac fibrosis. From TTN studies we demonstrated that truncating mutations (TTNtv) are the most common genetic cause of DCM, occurring in 15-25% of ambulatory and familial DCM, and also in 10% of patients peripartum cardiomyopathy and cancer chemotherapy-induced cardiomyopathy. By engineering these into human cardiomyocytes derived from isogenic pluripotent stem cells (iPSC-CMs), we showed that TTNtv impair sarcomere formation, particularly in response to stress. Consistent with this, mice carrying Ttntv are more susceptible to anthracycline-induced DCM than wild-type mice.

Analyses of disease-causing mutations in model systems and in humans provided two avenues for developing therapeutics for HCM: a small molecule screen yielded MYK-461 (now known as Mavacamten) that modulates cardiac myosin ATPase and successfully reduces hypercontractility and inadequate relaxation in mouse and cell models with HCM mutations in MYH7 and MYBPC3.

A second and direct approach was the inactivation of the dominant-negative myosin heavy chain allele. We piloted this approach in HCM mice, harnessing AAV9-shRNA to specifically silence the allelic with the pathogenic variant. We also showed that silencing a common single nucleotide polymorphism on the mutated allele worked equally as well. This later approach could attenuate multiple different HCM missense variants using the same gene silencing agent. While both approaches were effective, durability was limited due to the gradual diminution of siRNA titers within cells. In the CureHeart project, we propose CAS9/CRISPR inactivation of the mutant allele, so as to provide life-long benefit.