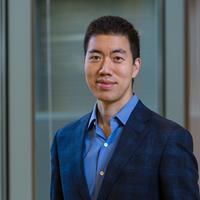 I began my academic career in 1999 as Assistant Professor of Chemistry and Chemical Biology at Harvard. Over the past 22 years, I have trained 73 Ph.D. students, 47 postdoctoral researchers, and 54 undergraduates in my laboratory. Former group members have gone on to a wide range of academic and industrial pursuits, including graduate school, medical school, biotechnology companies, pharmaceutical companies, and professorships at colleges and universities of all sizes. More than 20 former trainees are currently professors at academic institutions including Stanford, MIT, Yale, UCSF, Princeton, University of Chicago, University of Texas Southwestern Medical Center, University of Wisconsin at Madison, and UCSD.

My research program harnesses the power of evolutionary principles to illuminate biology and to enable new therapeutics. Our research accomplishments, with key publications out of ≥200 total, include the following:

The discovery that Watson-Crick base pairing can program a wide range of chemical reactions through DNA-templated synthesis (DTS). The discovery and development of DTS was one of the first examples of what has become a burgeoning field of encoding synthetic molecules with DNA, enabling the selection and, in some cases, the evolution of synthetic small molecules and polymers with binding and catalytic properties. This approach has led to the discovery of synthetic small molecules that potently and selectively modulate the activities of biological targets relevant to human health through the creation and in vitro selection of DNA-templated synthetic small-molecule libraries. Indeed, many therapeutically relevant small molecules have been discovered in our laboratory and in industry using this approach. This approach has also led to the discovery of three new chemical reactions using a DNA-encoded and in vitro selection-based approach to reaction discovery, which represented one of the first reaction discovery efforts to evaluate simultaneously many different types of substrates under different reaction conditions.

The development and application of phage-assisted continuous evolution (PACE), a method that enables proteins to be evolved continuously in the laboratory. PACE increases the speed of laboratory evolution by 100-fold over other methods and has been used by our lab and others to evolve many proteins of therapeutic or biotechnological relevance at an unprecedented speed with activities or specificities that would be difficult to access using conventional protein evolution methods, as well as to gain new insights into the effects of evolutionary path, stochasticity, mutation rate, and selection stringency on evolutionary outcomes. We have evolved more than a dozen classes of proteins with PACE, including insecticidal proteins that overcome insect resistance, Cas9 and base editor variants with enhanced targeting capabilities and activities, and proteases customized to cleavage disease-associated proteins.

The development of precision gene-editing technologies that do not require double-strand DNA breaks. In 2016 we developed “base editing”, a genome editing method that efficiently converts one base pair to a different base pair without requiring double-stranded DNA breaks or DNA templates. Base editors enable the installation of all four transition mutations in living cells. Base editing has become a preferred way to correct the largest class of human genetic variants associated with disease—the point mutations—and our constructs have been distributed by Addgene more than 11,000 times to more than 3,000 laboratories around the world, resulting in hundreds of publications. In 2019 we developed “prime editing”, a new approach to genome editing in which a reverse transcriptase directly copies edited DNA sequences into a specified target site from an extended guide RNA without requiring double-stranded DNA breaks or donor DNA templates. Prime editing is highly versatile, and can mediate all possible base-to-base conversions, small insertions, and small deletions in a variety of human cell lines and primary cells, with much lower off-target editing at known Cas9 off-target sites than Cas9 nuclease. In 2020, we reported the first precision editing of mitochondrial DNA (mtDNA) which has broad implications for the study and potential treatment of mitochondrial disorders. In 2021, we reported the use of base editing as a one-time in vivo treatment of a mouse model of human progeria, greatly extending animal lifespan and rescuing aortic pathology.